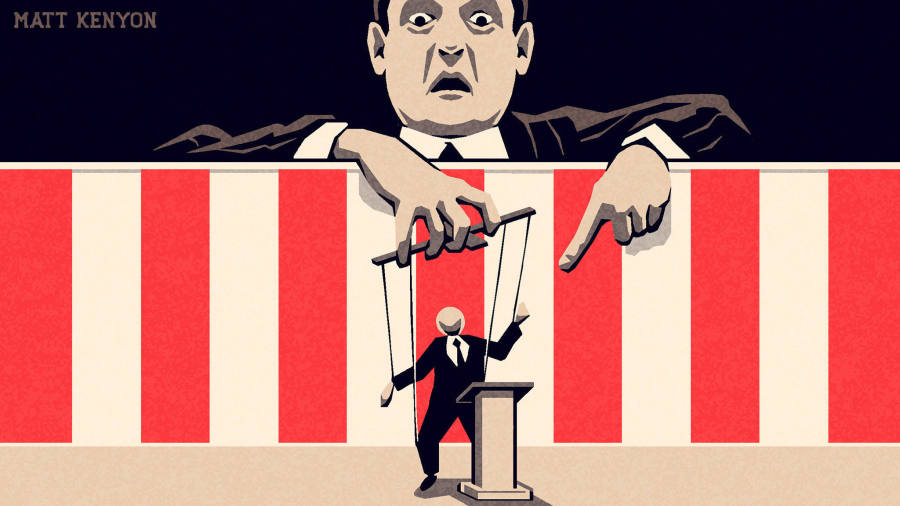 Carly Fiorina, the former Republican presidential candidate and Hewlett-Packard boss, made news last week when she gave voice to a hypocrisy common in the American business community. She insisted that it was “vital” that President Donald Trump be impeached. Yet she wouldn’t rule out the possibility of voting for him, depending on “who the Democrats put up”.

She’s presumably referring to the possibility of an Elizabeth Warren candidacy. I understand why people like Ms Fiorina are allergic to any wealth-distributing progressive. But business people who’ve supported Mr Trump because of cuts to corporate taxes or promises of deregulation are playing a sucker’s game.

They are also part of a bigger dysfunctional dance between business and politics that is explored in a new Harvard Business School report on US competitiveness. More accurately, the report focuses on an increasing lack of competitiveness, evidenced by everything from pessimism about America’s medium- to long-term growth prospects, the divide between the fortunes of business and workers, to the country’s declining fiscal position and skills gap.

The study, which builds on eight years of research and surveys of thousands of Harvard Business School alumni (who represent a healthy proportion of top global executives) cites political dysfunction as the major reason for the decline in US competitiveness. The nation has “squandered” the longest recovery on record by failing to do all the things that people across the political spectrum think it should do — invest in infrastructure, reform education, make it easier for talented immigrants to live and work in the US, and so on.

The authors believe that the core reason for this is a lack of competition — in politics. According to them, America can’t get anything done because of a series of changes, beginning in the 1960s, that made the political process hopelessly partisan. Moderates, they argue, find it increasingly hard to get elected, even though 41 per cent of Americans identify as moderate, because of a primary system that favours the most ideological voters. The study suggests a number of smart changes to the system, including a “ranked-choice voting” system that would ensure candidates who win actually have the support of the majority of voters.

But the authors also admit that business itself is another big reason for government gridlock, since it has “funded, perpetuated, and profited” from political dysfunction. Business was part of the diabolical process of gerrymandering that has led to the partisan redrawing of voting districts. Spending on political lobbying in the US is now estimated to reach $6bn per election cycle (with Big Tech, the US Chamber of Commerce and the National Association of Realtors leading the way). All that money gushing into politics is, of course, one reason that we end up with financial reform bills and tax rules that few people are happy with — because individual industries and companies carve out exemptions and loopholes in legislation.

Yet business stubbornly refuses to accept that it is part of the problem. Survey results show that most business leaders believe that corporations influence politics in ways that erode not only democracy but the competitiveness of the economy as a whole. But most deny that their own companies are at fault. Only 25 per cent of HBS alumni surveyed believe their own companies are involved in lobbying. A mere 8 per cent believe that their own firms have sought to hire former government officials.

I can only assume these responses are supported by the same kind of magical thinking that led executives to believe that cheap consumer goods would make up for the stagnation of middle-class wages, or that a culture of cost-cutting and a short-termist obsession with quarterly reporting wouldn’t eventually result in disaster at companies from Kraft-Heinz to GE to Boeing. Which I suppose makes sense, because Finance 101 in business schools is still mainly about management by numbers.

Clearly, there are huge structural issues in America’s political system that need fixing. It may also be true that those have to be fixed before any real change can happen. But none of that can disguise the private sector’s refusal to acknowledge the role it has played in our current political mess. The HBS authors claim that business leaders “seem not to be fully aware of how their companies are interacting with the political system”. I don’t buy it. Everyone knows exactly how the system works. You get what you pay for.

In 2016, too many people in important leadership positions paid to elect Mr Trump. Many more (though not all) have stayed quiet as he has taken a wrecking ball to the postwar order because they knew that, in the short term, they’d get tax changes they wanted, not to mention a highly profitable, though unproductive, asset bubble.

In exchange for that, we also got a trade war, an immigration debacle, and a crisis of the rules-based order that underpins corporate America’s own license to operate. Not a great return on investment.

The complicity of business in the US in the current system of money politics is reaching a crisis point. My plea to the C-suite? Don’t follow Ms Fiorina and try to have it both ways in 2020.