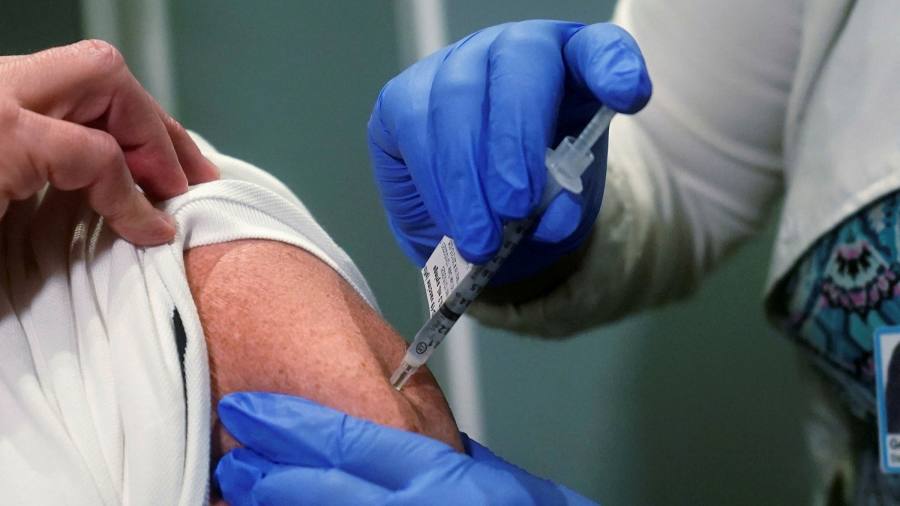 A Hong Kong government delegation met Chinese officials to discuss the possibility of resuming quarantine-free travel between the city and the mainland on Sunday.

The group was led by Hong Kong’s chief secretary for administration, John Lee, and also included the city’s secretary for food and health and members of the government’s scientific advisory group.

The delegation was hosted by China’s Hong Kong and Macau affairs office and took place in Shenzhen, according to a Hong Kong government statement released Sunday evening.

The statement said that Huang Liuquan, deputy director at the office, “attached great importance” to Hong Kong chief executive Carrie Lam’s request for quarantine-free travel with the mainland, but did not provide any further details on when or how that might resume.

The Hong Kong government has made a reopening with the mainland, which is a major source of tourism and retail revenue, a priority. It has eschewed any reopening of international borders for a tight zero-Covid strategy, which it hopes will convince mainland authorities to reopen its borders to arrivals from the city.

Hong Kong’s travel and quarantine measures, which are some of the strictest in the world, have kept cases to a minimum, with the city recording a total of just over 12,000 cases since the pandemic began.

Mainland experts attending the meeting acknowledged Hong Kong’s efforts to keep locally-acquired Covid cases at or close to zero. The statement added that the two sides would hold a second meeting as soon as possible to further discuss “the resumption of quarantine-free travel in a gradual and orderly manner”.

Earlier this month, the Hong Kong government announced that it would allow 2,000 mainland arrivals each day to enter the city without having to undergo quarantine. Most arrivals to the city must spend at least 14 days in a designated hotel on arrival, rising to 21 days for arrivals from areas deemed high risk.

Those travelling to the mainland from Hong Kong, however, must still undergo quarantine, which in most cases lasts at least 14 days.